Available for purchase now at Amazon.com or by contacting the author directly.

Kenneth L. Privratsky spent 33 years in the U. S. Army before retiring in 2002 as a Major General.  He served as an infantry platoon leader in combat in Vietnam and commanded units at all levels.  For the majority of his military career he specialized in logistics.  Ken was responsible for strengthening the Army’s strategic mobility program in the Pentagon after shortfalls in Desert Shield/Desert Storm.  He led supply distribution for the U. S. Department of Defense worldwide.  In his final assignment he was responsible for surface transportation and military ocean terminal operations for Department of Defense worldwide.  He has been awarded the highest service decorations from Department of Defense and the U.S. Army and received personal recognition from the Vice President of the United States for his revolutionary changes to defense distribution operations.  He was inducted into the Defense Logistics Hall of Fame in 2004.  After leaving the military, Ken entered the ocean shipping business with the largest domestic shipping company in the U.S.   He became responsible for operations spanning the Pacific, including terminal operations in Alaska, Hawaii, Guam and along the west coast of the U.S.  He retired from industry in 2010.

His interest in the Falklands started in the mid 1980s when he was attending the Army’s prestigious School of Advanced Military Studies.  At that time, less than three years following the Falklands War, he wrote two monographs on the logistics behind the British victory.  Those monographs became included in curricula of military schools shortly thereafter.  Later, while a Military Fellow at the Hoover Institution of War, Revolution and Peace at Stanford University, he started a book-length study extending from those monographs.  Military then industry requirements kept him focused in other areas until he eventually retired.  This book is the culmination of a quarter century of interest in the Falklands War.  Ken has lectured on the war on multiple occasions to international and university audiences.  He has visited the Falklands twice and walked the battlefields.

He has earned graduate degrees in English, Business, and Military Art and Science.  As a young officer, he graduated from the Army’s Airborne and Ranger Schools.  Ken has written several articles on military subjects in the past and reviewed dozens of books for military publications.  When he was an Assistant Professor at West Point, he edited three scholarly texts on the works of William Faulkner.

Ken is a past chairman of Special Olympics Alaska and has served on multiple other boards, including Anchorage Economic Development Corporation, Armed Forces YMCA, Covenant House Alaska, and World Trade Center Alaska.  He has been married to his high school sweetheart, Kathy, for over 45 years. They have two grown daughters, a granddaughter and two grandsons. They made Anchorage, Alaska their home in 1992.

Ken has lectured to national, international and university audiences on multiple occasions.  He has been a guest lecturer at the Army Heritage Center at the U. S. Army War College at Carlisle, PA: at the U. S. Army Logistics University at Fort Lee, VA; and at Commando Training Centre Royal Marines at Lympstone in Devon, England.

Those interested can watch or listen to some of his recent presentations at the following links:

Audio of lecture titled “Logistics in the Falklands War” at University of Alaska Anchorage on March 16, 2015; click here for downloading audio instructions.

He has also written on the Falklands War for other publications recently.  These include an article for the on-line international magazine War on the Rocks in June 2015 titled “Is The U. S. Military Ready for a Falklands War Scenario?” (Click here to read this article.)

And his chapter titled “The Falklands War: A Case Study in Crisis Action” in the book Crisis Management: A Leadership Perspective was published by Nova Publishers in 2016. 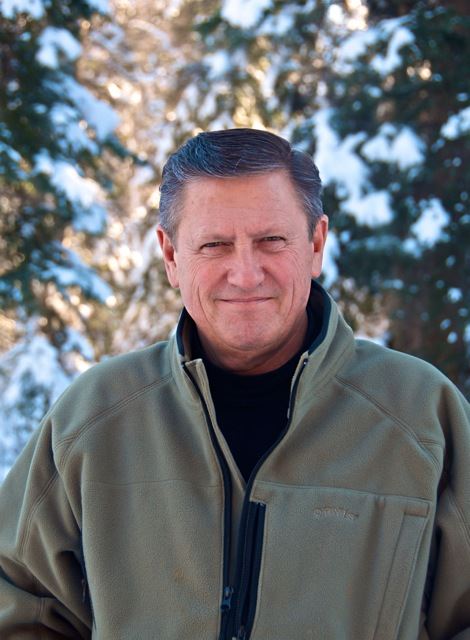 Select an image to view it larger